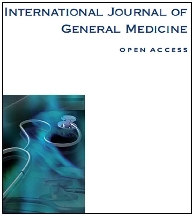 Hepatic encephalopathy (HE) is one of the most challenging consequences of cirrhosis, a type of chronic liver disease, as it causes significant cognitive dysfunction in patients. Diagnosing HE has traditionally been done through a psychometric testing battery involving paper and pencil tests designed to assess motor speed, visual perception, visual-spatial orientation, concentration, attention and memory. However, researchers recently investigated whether the use of computerized test batteries could supplement or replace some of these traditional tests and improve diagnostic accuracy and efficiency.

HE occurs when damage to the liver causes scar tissue to form in place of healthy tissue, resulting in reduced liver function, where toxins, especially ammonia, can build up in the bloodstream and enter the brain. According to the American Liver Foundation, about 7 out of 10 people diagnosed with cirrhosis will develop minimal HE (mHE). While symptoms of mHE can be subtle, if not diagnosed early, a patient is three times more likely to progress to more obvious or overt HE (OHE) stages. Early detection is important for medical providers to recommend possible treatments as soon as possible.

In mHE cases, symptoms can included some confusion, forgetfulness, mood swings and some physical symptoms like slurred speech and fine motor control. In OHE, symptoms are more pronounced with severe anxiety, disorientation and poor motor control.

Currently, the Psychometric Hepatic Encephalopathy Score (PHES) is the recommended HE diagnostic battery consisting of five paper and pencil tests:

A computerized test battery from Cogstate was selected to compare to the PHES. Typically, taking between 20 to 40 minutes to complete, the Cogstate battery uses tests based on familiar playing cards, maze games and shape matching games that are independent of language skills. The Cogstate tests have been validated for use in patients with Alzheimer’s disease, schizophrenia, mild traumatic brain injury and HIV, and a large database of normative data for healthy adults from age 18 to 99 years old is also available for comparative studies.

The specific Cogstate battery used for the HE study included these tests:

In the study published in the International Journal of General Medicine, 27 patients diagnosed with cirrhosis were tested with both the PHES and the Cogstate batteries. The International Shopping List task was found to be highly correlated with the PHES digit symbol test. Also, the PHES serial dotting test showed low correlation with the overall PHES battery results.

“With regard to practice effects, the PHES test may have a learning effect on repeat testing. Patients may be able to remember the components from previous testing, which could influence results,” wrote the researchers. “Conversely, the computer Cogstate battery was designed to be repeatable even over brief periods of retesting.”

The researchers concluded that for clinical testing, an adapted form of PHES should be further evaluated; and that a modified form of the Cogstate battery could be suitable for clinical practice – particularly the ISLT and ISLR.

“We recommend Cogstate to be used for drug studies and clinical trials, as it is a time-efficient test and the analysis is simple,” concluded the research team. “The modified form is potentially suitable for clinical practice. However, the use of the ISL and the ISLR would be both easy to facilitate and be discriminatory in clinical practice, perhaps in combination with a modified four component PHES test.”