Preclinical Alzheimer’s disease (AD) is classified in individuals who show abnormal levels of amyloid, tau or neurodegenerative biomarkers but who do not meet any clinical criteria for dementia or mild cognitive impairment. Current estimates indicate that this preclinical AD stage can last for more than 10 years and so it provides a unique opportunity to understand the clinical-pathological sequelae of very early AD. This information can be used to develop and implement therapeutic strategies that can slow or even halt these processes, so as to forestall the development of symptoms.

While individuals in the preclinical stage are, by definition, “cognitively unimpaired”, it may still be possible to observe change and decline in cognition. Meta-analyses show that in cognitively normal older adults with high amyloid-beta (Aβ) there is a subtle impairment in cognition, across multiple domains with the most robust occurring for episodic memory (Baker et al, 2016). In contrast, prospective studies show adults who meet clinical criteria for preclinical AD do show subtle but relentless decline in cognition, mainly episodic memory, loss of brain volume, further accumulation of AD biomarkers and higher rates of progression to mild cognitive impairment or dementia.

Clinical trials designed to study interventions at the preclinical AD stage are using fit-for-purpose clinical outcome assessments that have high validity and reliability for the detection of cognitive change at this early stage of the illness. This has led to the development of novel cognitive, functional and patient-reported outcomes specifically designed for early-stage disease, such as the PACC, C3, Amsterdam iADL Questionnaire, Cognitive Function Instrument and others. These assessments have novel requirements for their delivery that differ markedly from the conventional instruments used in trials conducted for mild cognitive impairment and dementia.

This webinar outlines critical considerations in the application of preclinical stage instruments into industry clinical trials, including those that become important as studies are longer in duration and are conducted across various regions of the world. 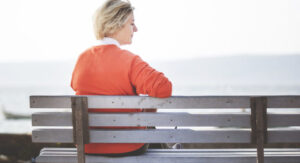