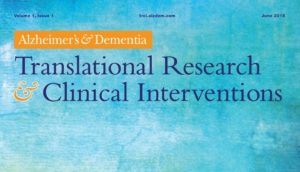 More than sixteen years after the horrific terrorist attacks at the World Trade Center (WTC) in New York City on September 11, 2001, there is still a large segment of the first responders that suffers from cognitive dysfunction as a result of their rescue and recovery efforts. Two leading explanations include the exposure to contaminated dust during their time on-site and, understandably, severe and chronic post-traumatic stress disorder (PTSD). Digging through collapsed debris for weeks under the stress of highly emotional searches have been linked with symptoms of neurodegenerative disease, pulmonary disorders, reduced memory and slower brain processing speeds.

Several studies of this population have relied on screening tests that have lacked the rigor of comparison to normative data from a larger, age-matched population. In a new study, appearing in Alzheimer’s & Dementia, researchers used a computerized neuropsychological battery from Cogstate to measure the cognitive function of a cohort of WTC first responders and then compared their results with a large database of cognitively healthy adults. They hypothesized that the responders group would show deficits in cognitive performance when compared with the normal population. “Furthermore, we hypothesized that WTC exposures and PTSD would be associated with deficits in overall cognitive dysfunction and in a number of cognitive domains implicated in neurodegenerative diseases,” wrote the researchers.

Since 2001, the Centers for Disease Control and Prevention has offered a health monitoring and treatment program for WTC responders, with over 33,000 enrollees making up the national general responder’s cohort. At Stony Brook University’s local chapter, over 8,000 responders who live on Long Island, NY are cared for with follow-up appointments every 12 to 18 months. Participation in the cognitive testing project was offered to those at the Stony Brook facility with no history of stroke or head injury. A final cohort of 1,193 responders agreed to take the three-part Cogstate battery, consisting of the Detection task (measuring simple reaction time), the Identification task (measuring attention), and the One-Card Learning task (measuring memory).

Indeed, the WTC responders in this study were found to be at greater risk of cognitive dysfunction, scoring lower on all three Cogstate tasks when compared to age-matched, healthy adults. Also, those who had spent more time (greater than 5 weeks) at the recovery site had even more pronounced cognitive impairment.

“Taken together, results may suggest that chronic exposures to WTC dust may have long-term negative effects on neural functioning affecting brain regions related to cognitive function, including the hippocampus,” concluded the research team. “Several studies have posited that particulate matter, which contains neurotoxic contaminants such as polycyclic aromatic hydrocarbons , which have been linked with neural dysfunction earlier in life and in which WTC responders dug for long periods, may have invaded the brain via the olfactory system.”

While responders who were not yet diagnosed with PTSD performed worse than the healthy, normative population, those with PTSD showed even greater cognitive impairment.

“Specifically, we found that PTSD was broadly associated with worse cognitive performances across measures linked to risk of neurodegenerative disease, including reaction speed, processing speed and memory,” wrote the researchers.

While this study sheds more light on the proper care of the WTC responders, more research is needed as this group faces the additional cognitive challenges of normal aging.

“Clinicians caring for traumatized individuals in general, and for WTC and other first responders in particular, may want to be aware of potential cognitive dysfunction when treating traumatized patients,” wrote the researchers.

Looking fowrad, the researchers highlighted the need for future longitudinal studies of cognitive decline in World Trade Center responders, including the need for neuroimaging to examine pathological changes indicative of early neurodegenerative diseases.