Improving cognitive assessment and reducing burden for clinical trials in people with schizophrenia.

Cognitive dysfunction is a central feature of schizophrenia and leads to significant impacts on patient function and quality of life. As such, addressing cognitive impairment is a major unmet medical need in the development of therapies for people with schizophrenia.

Cogstate supports sponsors in these efforts by providing sensitive, rapid, and reliable computerized digital assessments that comprehensively evaluates cognitive domains of relevance to people with schizophrenia, while offering a significant reduction in patient and trial burden compared to other assessment tools.

Choosing appropriate endpoints and designing strategic protocols are important decisions in the planning phase that impact future study results. Cogstate’s team of scientists have the expertise to advise your team on vital study considerations, help you answer key drug development questions, and design trials with reduced risk and uncertainty.

Cogstate’s computerized batteries of highly sensitive tests provide rapid and reliable measurement of distinct cognitive domains affected by schizophrenia such as processing speed and attention. Tests can be grouped into customizable batteries for a complete and nuanced picture of a subject’s cognitive state. Cogstate tests are culture- and education-neutral and designed for repeated administration with minimal practice or learning effects, making them ideal for use in global clinical trials. Tests have high patient acceptability and reduce burden on patient and sites.

Cogstate provides science-driven support for the data collection and data quality monitoring of all types of clinical assessments by partnering our scientific and operational expertise with industry-leading eCOA providers to deliver enhanced electronic solutions for the full range of PROs, ClinROs, and PerfOs required in schizophrenia clinical trials.

The key outcome measures from each test are combined to form a single total ‘global cognition’ score using an average of the standardized z-scores. The CSB global cognition score is intended to be used as a co-primary outcome measure of efficacy in clinical trials of new drug treatments for Cognitive Impairment Associated with Schizophrenia (CIAS).

Each Cogstate cognitive test has comparative/normative data available for both clinical samples and healthy controls. Tests maintain excellent reliability across repeated testing and cross-sectional research designs. The battery that Cogstate recommends for schizophrenia trials aligns to the domains identified by the MATRICS project.

Final battery recommendations may vary based on study needs.

The April 2004 MATRICS/FDA/NIMH workshop was held to consider guidelines for the design of clinical trials of cognitive-enhancing drugs for people with schizophrenia. From this came the performance-based outcome (PerfO) assessment known as the MATRICS Consensus Cognitive Battery (MCCB).

The Cogstate Schizophrenia Battery (CSB) meets the same consensus requirements as the MCCB, and with significantly reduced patient and trial burden. The CSB is a fully computerized battery with substantially improved adaptability for different cultures and languages, as it uses largely language-free stimuli, proven sensitivity to intervention, and has an average administration time one-third of that for the MCCB (40 minutes vs 120 minutes).* 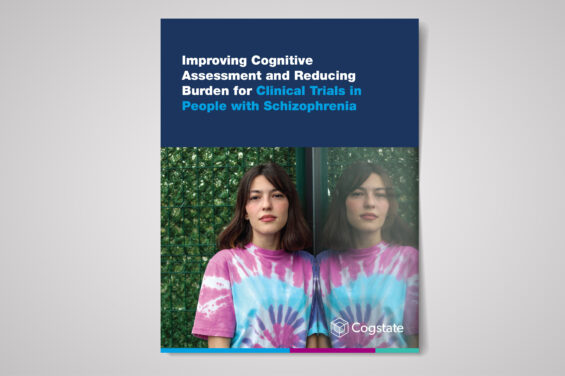 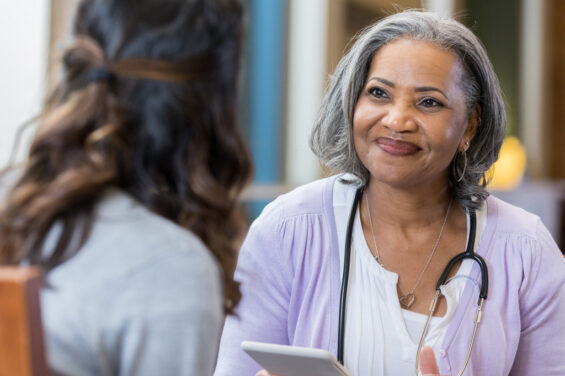 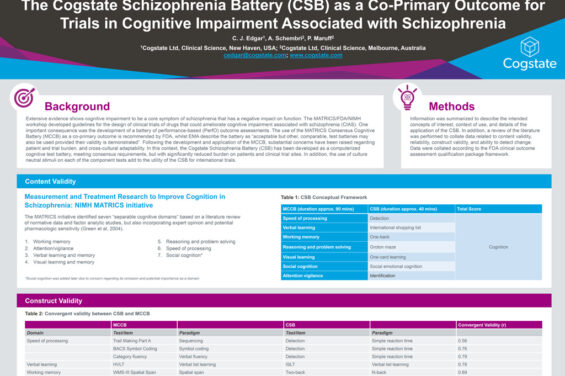 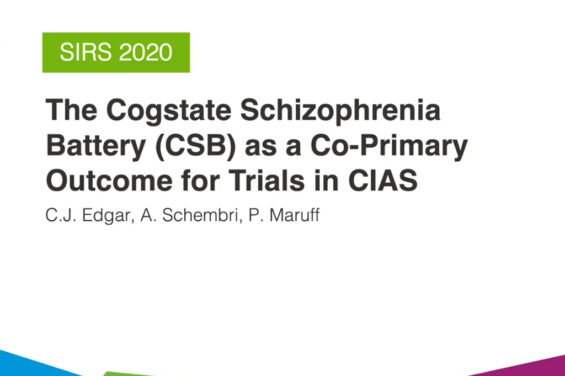 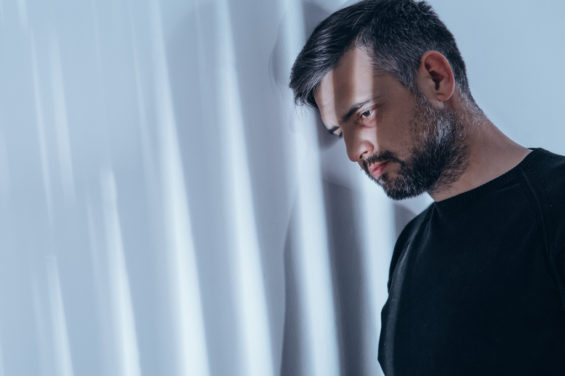 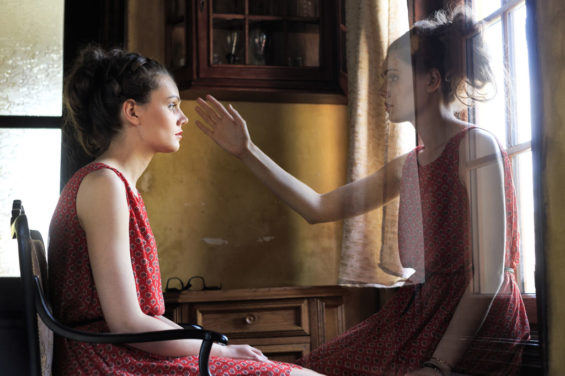 Increasing the Precision of Cognitive Endpoints in Schizophrenia Clinical Trials

Efficacy and Safety of Lurasidone in Adolescents with Schizophrenia: A 6-Week, Randomized Placebo-Controlled Study

Objective: To evaluate the efficacy and safety of lurasidone in acutely symptomatic adolescent patients with schizophrenia. Methods: Patients aged 13-17 years were randomly assigned to 6 weeks of double-blind, fixed-dose lurasidone (40 or 80 mg/day) or […]

Objectives: This trial was conducted to test the effects of an alpha7 nicotinic receptor full agonist, TC-5619, on negative and cognitive symptoms in subjects with schizophrenia. Methods: In 64 sites in the United States, Russia, Ukraine, […]

Randomized, Double-Blind, Placebo-Controlled Study of Encenicline, an α7 Nicotinic Acetylcholine Receptor Agonist, as a Treatment for Cognitive Impairment in Schizophrenia

Effect of lurasidone on neurocognitive performance in patients with schizophrenia: a short-term placebo- and active-controlled study followed by a 6-month double-blind extension